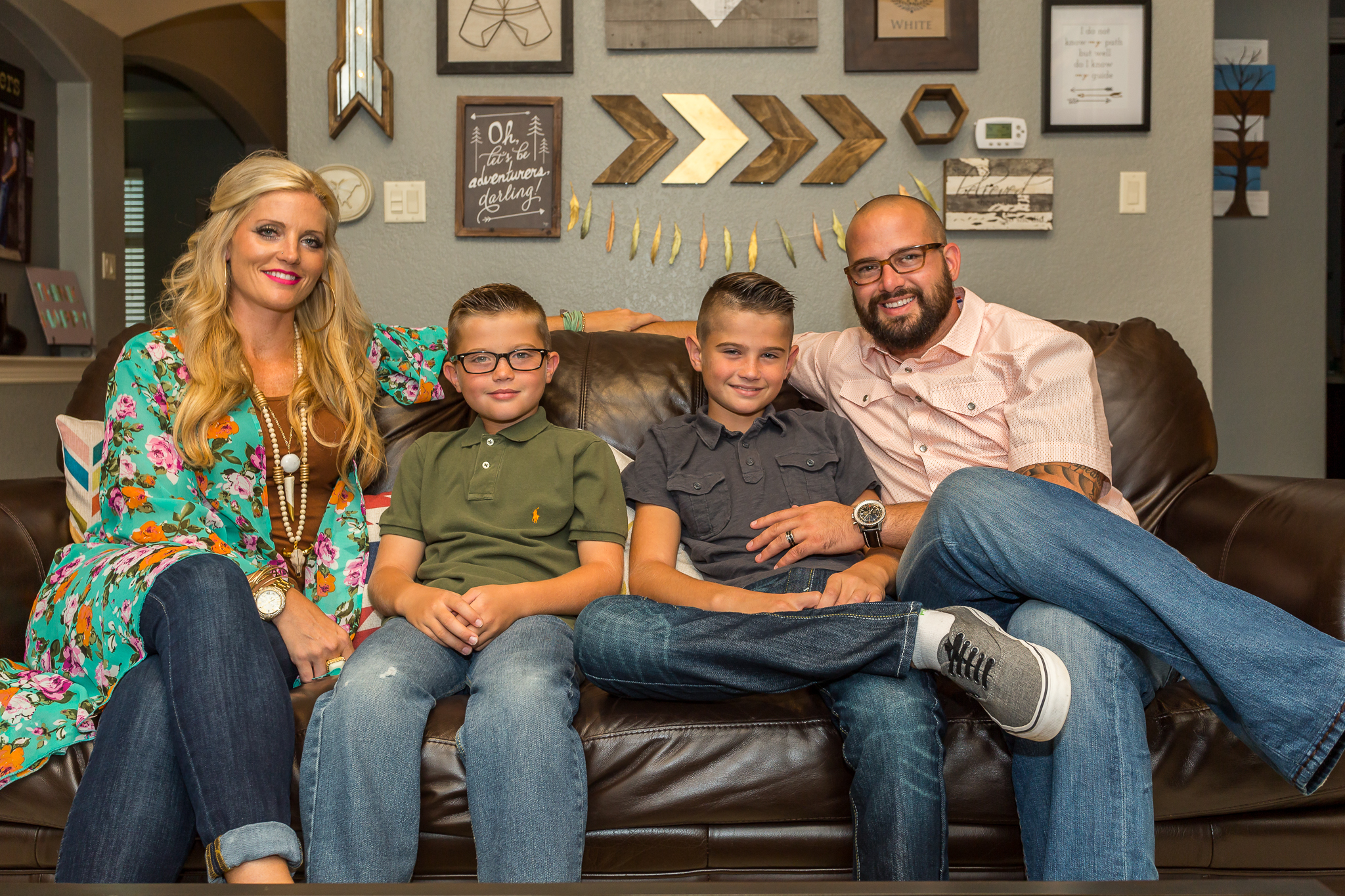 From our very first night, we have never felt like we purchased a house. We truly believe we purchased a home. Our home is beautiful inside and out. The custom touches add so much character. The attention to detail is evident. The whole experience was exactly as it should have been – perfect!

Piper and I both grew up in Joplin, Missouri and never dreamed of living anywhere else. Almost all of our family is there, which really made for a great and comfortable life. However, we have learned that sometimes we aren’t called to be comfortable, and that in order to grow, often times you have to be stretched.

In April of 2015, I was offered a promotion at work that would require us to move to Dallas, Texas. I hardly considered it at first because of the aforementioned situation. However, after seeking the Lord’s wisdom and guidance, both Piper and I had a peace about moving away from all we’ve ever known. Now came the scary part: finding a home.

At this point in time, we didn’t have the luxury of building, so we began our search for the perfect home. After a long Friday spent looking at houses, Piper and I grew emotionally attached to a house in Forney, Texas. We decided to sleep on it before making our decision. On Saturday morning, we felt like living in Forney was what we wanted to do. But… there were just two more houses to look at in Midlothian. Now Piper didn’t want to go and look, but I was able to get her to go along. The first house was a clear no. However, a strange peace fell over both of us as we walked through the second. We loved everything about it. As we walked out the front door after our tour, I looked at Piper and said, “I could definitely live here.” She wholeheartedly agreed. This began our relationship with John Houston Homes.

As we entered the model home in the Texanna Ranch neighborhood, we knew we wanted the home. But first, I had a few questions. Most of them had to do with the company, as I was trying to get a feel for how big JHH was, and how many homes John Houston builds. I guess you could say I was looking for some reassurance from JHH, that the decision I was about to make was the right one. I will never forget the last question I ask Rob Poole, nor his response. I had learned that the home had been on the market for a little longer than what we would have expected. My question to Rob was, “Why?” His response was simple. He told me that JHH was a praying company, and that they had been praying for the right buyer. He went on to say that apparently, the right buyer hadn’t come forth yet. Coincidentally, or maybe not so much so, Piper and I had been praying that God would lead us to the right home. That to us was clear evidence that this was the home we were supposed to be in.

From our very first night, we have never felt like we purchased a house. We truly believe we purchased a home. Our home is beautiful inside and out. The custom touches add so much character. The attention to detail is evident. The whole experience was exactly as it should have been – perfect!

Thank you so much for allowing us to be a small part of what you do. Piper and I cannot imagine being in any other home!